Application architecture has evolved over the years from monolithic and virtualized approaches to microservices architecture and containers, with Kubernetes becoming the major container orchestration tool. In the early days of Kubernetes, even if organizations wanted to run databases as containers, there was little tooling available required to run productionised data services. Come 2022, now we see DevOps and developers deploying their application with a kubernetes first approach. Developers now demand the same ease of use and operational simplicity for their data services, increasingly demanding a unified kubernetes solution. Using a unified Kubernetes first approach, we now have solutions  running their databases across on-premise, hybrid or multiple cloud environments. Using Kubernetes simplifies the operations across these execution venues, allowing businesses to develop solutions much faster. Under such a scenario, having a consistent storage layer to provide persistent data and protecting the data at the storage layer becomes a necessity.

Kasten by Veeam is a cloud native data management platform addressing the day 2 production challenges to run data on Kubernetes. With Kasten, developers and Devops get an easy to use and scalable platform for backup/restore, disaster recovery and applications mobility for stateful applications deployed on Ondat.

Some of the core benefits of running Ondat with Kasten K10 are: 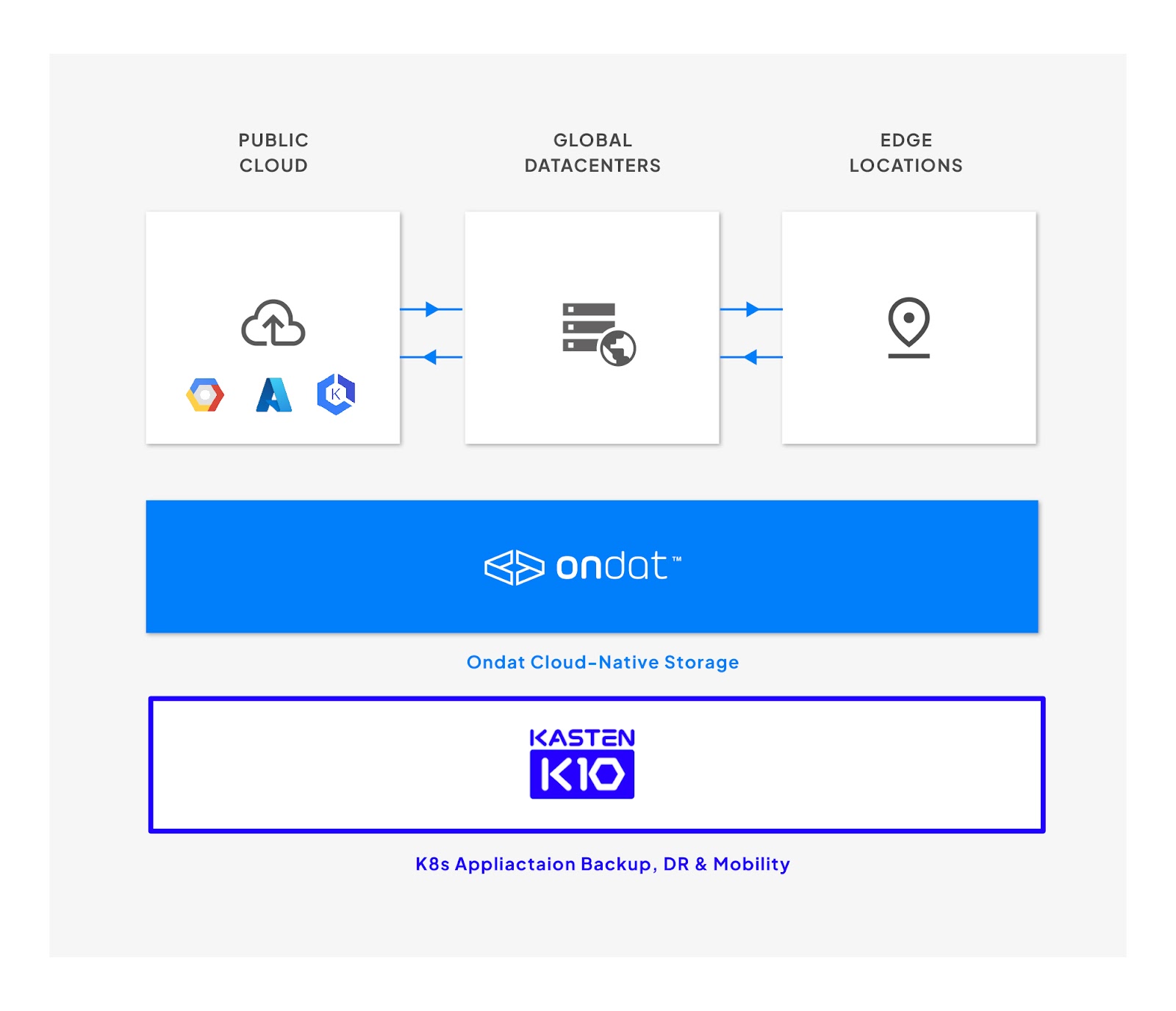 We are truly bullish about the capabilities Ondat and Kasten by Veeam bring together and can’t wait for you to get started with it. Below are a few resources to help you:

Register for the Ondat SaaS Platform

Get started with Ondat for free

Kube-Native Data Protection as a Service with CloudCasa and Ondat

Kube-Native Data Protection as a Service with CloudCasa and Ondat